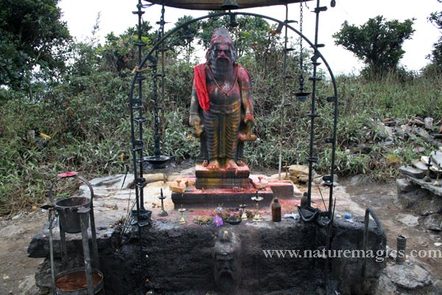 Agastyar - The original Agastya is a sage of legend, who gave rise to one of the gotras or family lines. Through the Agastyas (and Bhargavas), the Aryan culture was carried to the southern part of India. The last famous Agastya was renamed Agattiyanar in Tamil and was revered as the developer of the Tamil language and grammar.

Agattiyanar created a treatise, Agattiyam, which describes the three divisions of Tamil: iyal (science, knowledge), isai (music), and naaTakam (dance). An offshoot of Agattiyam, Tholkapiam (thol - ancient, kapiam - poem), is a work on Tamil grammar written by "Trinadhuma Agni" (also known as Tholkapiar) in the 3rd century B.C. Tholkapiar was the son of Jamadagni of the Bhargava clan, one of the twelve disciples of Agattiyanar.